Last weekend we went to visit Chloe & Jamie and see our other friends in London. On the Friday we went to see a 12 piece band who play DJ Shadow's Endtroducing through from start to finish and do all the samples live. I was really excited about that and thought it was going to be super cool, it turned out to be super lame. Lewis likened it to when his teachers formed a "rock band" at school. At times it was toe-curlingly uncool. Shame. However, we did get to go to Koko, which looks like this:

Over the weekend we also ate lovely food, caught up with Lewis and Emma, did a bit of shopping at a vintage market and went to see a great exhibition at Somerset House.

The exhibition was of work created for Dior by the illustrator Rene Gruau. His work is so beautiful and luxurious I just wanted to live in that world. You can imagine it feels like silk and smells amazing! He created pieces such as these: 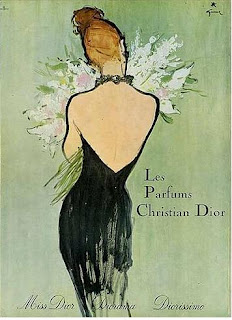 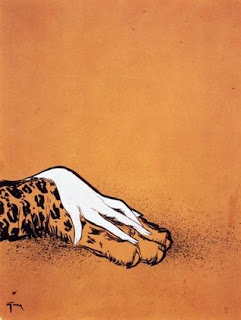 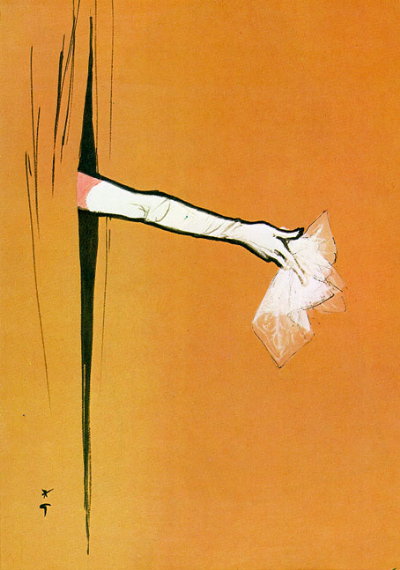 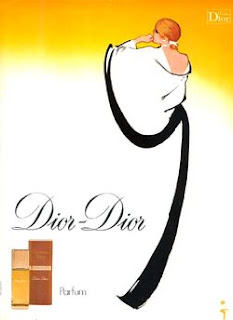 His illustrations are incredibly stylish, yet minimal, confident and sophisticated. I could've looked at them all day. There were some 80's influenced ones which didn't really work for me so much (airbrushed style faces and angular cheekbones etc), but the 50s-70s ones were so good that didn't matter. Even his signature is beautiful. Look: 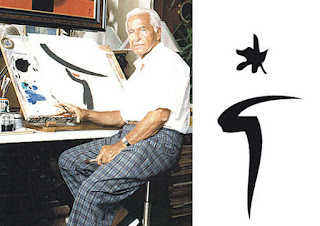 Anyway, enough wallowing in the glory of bygone days.

2nd Dec - Studio sale at I Dress Myself to say goodbye to Han & Pete. I still can't believe they're leaving Nottingham, and so soon! They'll be missed.

10th Dec - We Show Up On RadaR @ Spanky Van Dykes. This looks set to be a great show and only the 3rd time they've played with their full live band in Nottingham. Look for the event on facebook for full details.

16th Dec - Jumpers For Goalposts @ Tether - For the first time we're leaving our Alley Cafe home and venturing out into the big wide world for a special Christmas edition of Jumpers to help Tether celebrate their final night of the studios. This is going to be FUN.

I reckon there's probably loads of other good stuff coming up too, but I can't remember everything!

Bex
x
Posted by Supernight at 08:07 No comments:

Hot Chip & LCD Soundsystem (and other fun things too!)

At the weekend we went to see Hot Chip & LCD Soundsystem play a massive gig at the Magna centre in Sheffield. It was awesome! We saw Hot Chip here in Notts at Rock City recently and that was an incredible experience. On an ordinary Monday evening it felt like we had been to the carnival and church at the same time. Hot Chip came onstage to squeals like Beatlemania and every person there was dancing and singing.

This time things were different.  By the time Hot Chip came on the area near the stage was a swamp of people crowding and pushing, so we retreated towards the back of this huge cavernous room. Inevitably the distance affected our involvement with the gig, so we didn't enjoy them quite as much this time. To be honest, we would've been hard pushed to equal last time anyway, so that was fine. Plus there were still some amazing tracks and their live sound is great. My favourite part is when the Chip that talks (beard & gingerish? Not a singer?) has to run between all his different instruments - guitar, drums, kettle drum - in one song. He really covered some ground.

The real revelation for me was LCD Soundsystem. Anders loves them, and has done for aaaages, which is why we got the tickets for this gig. I've never really listened to them if I'm honest. I've heard Daft Punk, Drunk Girls and a couple of others and they've never really grabbed me. The only LCD song I've really connected with is I Can Change, so I was standing just really waiting for that one song. We were right down the front, near the stage. Shit Robot was DJing and people were really getting in the party mood. Then, the lights went down and we stood in near total darkness and a familiar song started up. It felt both foolish and electric to be standing in the dark listening to I'm Not In Love by 10CC, with strangers all around singing along. After that, lights came up and LCD came out onto the stage and started up with Dance Yrself Clean from the new album:

(This video is really long, but I think it gives a feel of what the atmosphere created is like if you watch just the first few seconds)

It was like a lesson in how to open a gig. I didn't know the song at all, but everyone around us did and were singing along and really dancing. The song is perfectly constructed for this scenario - starting relatively small with James Murphy's vocals and minimal backing, adding in a few more instruments and members of the band as it builds and then halfway through just exploding into a huge sound. It was perfect to build tension and excitement at the band coming on and then gave the perfect release for everyone to sing and dance and (in the case of a man stood behind me who used me as a steadying post...) headbang. It was perfect.

(We had somehow ended up slap bang in the middle of fan boy central with people who knew every word and some people who had clearly taken their drugs too early and were even bouncing to 10CC. )

After both bands had finished they came on together and did a special collaborative cover of a song called "Seabird" by the Alessi Brothers (no, me either). It was really magical. It was like a moment from The Last Waltz for me, almost romantic... It was like a celebration of a tour romance between the two bands and was just lovely.

(as a post-script, I've just listened to the original and it's lovely, but the brothers appear to maybe have a little lisp... distracting and yet very sweet!)

Anyhow, I loved it and I'm really glad we got to see LCD, particularly as it keeps being suggested that this is their last album. And they played I Can Change. Yeah!

Other fun stuff we've been up to (quickly):

- Saw "A Town Called Panic" at Broadway just before it finished. Animated film, you might recognise it from the Cravendale milk ads. it's all created in stop-motion using little vintage toys (cowboy, indian etc) as the main characters. It's really fast and fun and inventive and I'd recommend seeing it on DVD if you can.

- Saw Micah P Hinson at the Rescue Rooms - This was the day after Hello Gore II (pics here from that by the way) and I was in no fit state to be going to a gig. I can't do things two days in a row. It didn't help that he had a harp lady playing before he came on and the rolling sounds were affecting my queasiness. I have nothing useful to add about the gig.

- My dad turned 60 and we celebrated with him. One of the things we did was go for a meal to a restaurant in Sheffield called Kitchen. We had the most down to earth, Sheffield born & bred, waiter you can imagine. Turned out he was a partner in the restaurant, which made sense, I'm not sure he'd have made it as a waiter. We asked what a dish described as Paris Brest with lots of french words was. His response? "Well, it's a choux bun. The chef came up with the name. I think he's probably made all that other stuff up." in a broad Yorkshire accent. Lovely! I ate a dish called 3 Little Pigs which was pork in 3 ways, including the revelation that belly pork is actually delicious.

- Went to Lustre at Lakeside Arts - this is one of my favourite events of the year - a big craft market with beautifully hand made objects from all over the country. Every year I suggest we go to look at Christmas presents. Every year we go and come back with "us" presents instead. This year I got a brooch with a zebra on. I love it.

SO, just to finish off I can confirm that it is Jumpers for Goalposts this week at the Alley Cafe on Thursday. We've got Burly Nagasaki playing, which will be a real treat. Plus we've got a great creative competition. Come down! It's free!

Love Bex
x
Posted by Supernight at 01:51 No comments:

I'm delighted to say that my work has been chosen to be featured on the fantastic Cultural Expose blog as part of their travel photography feature InterNational!

You can see my pics & read their blog here.

My pictures from Cuba are being featured, along with some tips and thoughts from me on my travel experience. And a goofy picture of me drinking tea.

Thanks very much to the Cultural Expose team for featuring me. Hope you like my work!