Fists' single Cockatoo b/w Skit is being released on Hello Thor records on Monday and is already garnering acclaim all round the media.. Oh yes! Not only are Artrocker into it, XFM & the Beeb have been playing it too!

Love
Bex
x
Posted by Supernight at 14:11 No comments:

Come down to the Art Organisation for the Fists single launch this Saturday!

Not only is this the first release on the new Hello Thor record label it is also Fists' first single - Cockatoo b/w Skit. It looks set to be an amazing gig with Mexican Kids at Home, Rory McCarthy &, of course, Fists themselves all playing live. There might also be a secret special guest (!) and Daddy Bones will be DJing.

The single has already been getting attention & airplay from XFM, Artrocker & the BBC. It will be available to download from www.hellothor.com after the launch and is actually really brilliant. On the night you will be able to pre-order / buy vinyl 7" singles with a great cover designed by Fists' own Angi Fletcher using an photograph taken by Steve Mays - www.smays.com - at a Halloween party in the 70's. Brilliant!

Two guys from Manchester are aiming to get 2000 classic album covers re-created in MS Paint by the end of this year. Why not help them in their quest?

You could create something as magical as this: 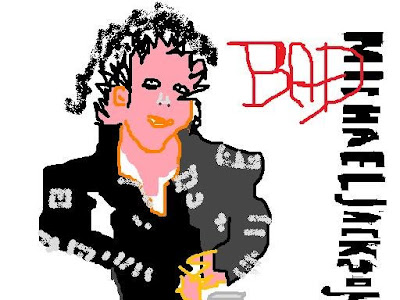 Just wanted to pop up a quick post to say that the Marble Valley gig @ the Chameleon was amazing, and to say THANKS to James & Angi from Fists who made it happen.

Before the gig I had never heard of Marble Valley, let alone heard their music. To be honest I'm not 100% sure I've ever even heard Pavement before. So, I went along mainly to see friends and the music came second in the priority list. So much so that when I was sat downstairs talking (ask Joey Chickenskin for his new favourite euphemism for this) and someone said "I don't know if I can be bothered to go upstairs" I nearly agreed. I'm so glad I didn't. This was one of the best gigs I've been to in AGES. Life-affirming and just so enjoyable, I'm really glad I made the effort and climbed those 14 or so stairs!

If you haven't seen them then they are coming back in October i think. Their music was great, it had a sense of humour without being jokey and they were clearly all really great musicians. Especially the Maracas guy who played them with real intent! Steve West (the lead singer) was great, really funny and charming and somehow mesmerising, despite not being really "performance-y".

This is a bit rambly because I'm rubbish at writing about music and bands. Safe to say I enjoyed it so much that I bought the CD and me and Tom went to ask Steve West to sign them. I said "Tom you go first I'm a bit shy" which Tom took as a cue to say to Steve West ... "Steve this is Bex, she's really hot for you, will you sign her CD?". Tom, you are a total bozo. I really wanted to say something childish like "No! Tom thinks you're hot not me!" (Especially because earlier in the night I had compared Steve to a monster - in an admiring way, not a harsh one!). BUT, when he turned to look at me I couldn't say anything at all. He had such a lovely big face and soft gentle eyes, and he said "I'm a shy one too". I couldn't say anything, I just meekly gave him my cd and waited til later to berate Tom for being an idiot.

Ramble over, thank you James and the lovely Ang for bringing some new music to me and for putting on one of the best gigs I've been to in AGES.

p.s. I haven't read this through so if it's mental and full of typos I apologise!
Posted by Supernight at 11:16 No comments:

Just wanted to tell you all about an awesome gig coming up THIS Friday.
It promises to be an absolute belter. So, hope you can make it... 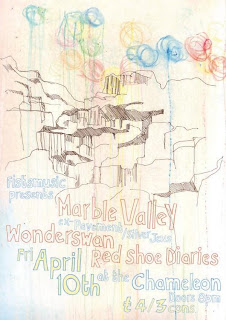 Marble Valley (ex Pavement/Silver Jews)
Marble Valley is the multi-national (English/Dutch/American) sextet brainchild of former Pavement-er/Silver Jew, Steve West. They make music that’s been described as "together" and "out there" at once. Music that careens rambunctiously from krautrock to hip hop to psyche rock without a care in the world for sniffy purists or music industry trends. With two UK releases under their belts this year alone including a re-issue of 2006’s ‘Wild Yams’ plus the excellent brand new record ‘Slash & Burn’ they’ve decided it was about time they finally got round to a UK tour.

"Playing in the Valley is like hanging with a barrel of monkeys on crack. If we all hold together, it's a bit punk. If one lets go, it can get a bit punky, flunky and floppy." Steve West


Wonderswan
Leeds band Wonderswan are dab hands at turning out perfectly formed nuggets of pure 90’s noise pop nostalgia. They’ve been gathering proper momentum lately with a slew of glowing reviews and high profile supports. If you like things loud, textured and ramshackle a la Dinosaur Jr or Urusei Yatsura then these guys are definitely for you.


Red Shoe Diaries
Nottingham favourites Red Shoe Diaries make sophisticated indie pop that joins the dots from Jacques Brel to Darren Hayman in epic, Morricone-esque broad strokes. We reckon they’re quite possibly the most exciting glittery-literary indie pop band to come from the city since Tindersticks. Catch them now in an intimate surrounding before they bolt the stable.

Have a great Easter!
Posted by Supernight at 05:39 No comments:

Yeah! Going to see Nick's band Twenty Year Hurricane at the Chameleon tonight. I think Cuban Crime Wave & Will Jeffery are the other bands playing. Anders and Tom are DJ-ing, should be great!

Bex
x
Posted by Supernight at 04:01 No comments:

Oh and another thing! 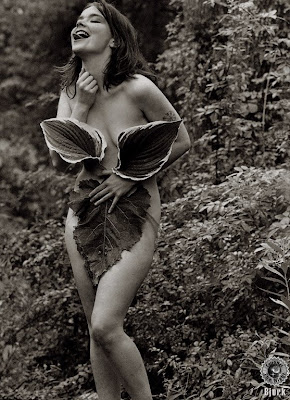 maybe this is an April Fool's joke? like spaghetti trees?

Bjork is going to be lead vocalist for Led Zeppelin?!

Bex
x
Posted by Supernight at 08:51 No comments:

Oooh a new album is coming out this summer with lots of people collaborating with Sparklehorse & Dangermouse on tracks... Anders will be so excited! The list includes:
Nina Persson, Gruff Rhys, Black Francis, Iggy Pop, the Flaming Lips & David Lynch. Blimey!

read all about it!

Bex
Posted by Supernight at 08:45 No comments: